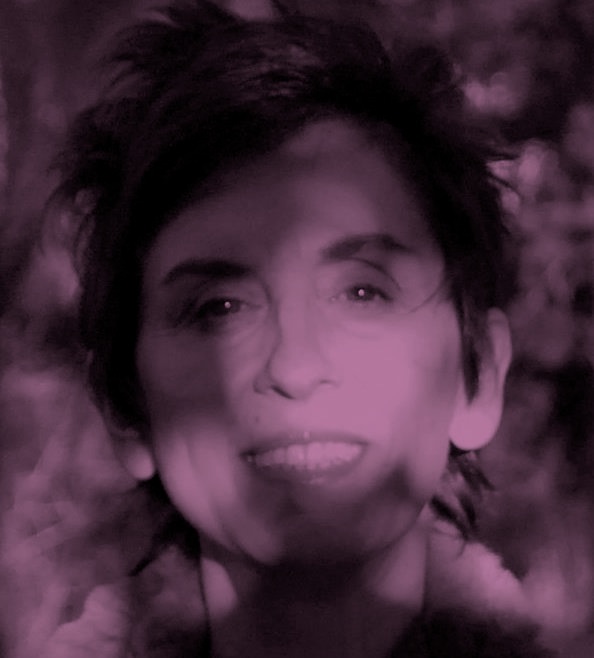 She has been working in collaboration with many big artists around the world like Robert Wilson, Alvin Lucier, Christian Wolff, Steve Reich and Salvatore Sciarrino. She also made the regie for Inannis Xenakis opera ‘Oresteïa’, for Samuel Beckett pieces ‘Words and Music’ and  ‘Not I’, for John Cage piece ‘Analphabet’, for Salvatore Sciarrino musical pieces ‘Studi per l’intonazzione del mare’ and ‘Infinito nero’,  among others. In collaboration with the Bronx based video artist Benton C Bainbridge she put on the stage ‘Brother Islands. Places to lose people’ at Eyebeam Art and Technology Center in New York, ‘Diorama 1:Painting’ at Festival Panoramica in Buenos Aires and ‘Sensilia’ an A/V show with the artists Mika Vainio and Lucio Capece, from Berlín, at TACEC Teatro Argentino, La Plata, Buenos Aires.

Recently she was honored by the Culture Institute of Corrientes City,  in the NEA (North East of Argentina), to create a piece to celebrate the Century of the main theatre for opera and ballet they have in that region of the country, Teatro Juan de Vera, and to celebrate the Anniversary of Argentine Independence. She created and directed an ‘Urban show’ with a big installation with dancers and a mapping projection at the front of the theatre in collaboration with artists from four cities, Buenos Aires, Mendoza, Chaco and Corrientes.

She has been working for more than a decade in several productions by CETC Centro Experimental Teatro Colón, by TACEC Centro de Creación y Experimentación Teatro Argentino and by Ciclo de música contemporánea at Teatro San Martín in Buenos Aires, by The Kitchen and by Eyebeam in New York,  by ICA in London,  by Auditorio parco della musica in Rome and by Arts Festival in Singapur, between others.

Minou Maguna has made the original videos for Steve Reich piece ‘Drumming’ and for ‘Ballet Mecánique’ by George Antheil, this inspired on Fernand Léger and Man Ray first video masterpiece.

She was making many original painting-video shows in Buenos Aires, Córdoba, Brasil, Rosario and the Bronx. In 2012 she was invited by Glowing Pictures to take part of One Step Beyond party, making visuals at American Museum of Natural History.

She was honored with NYSCA, with Culture Push NY, Experimental Television Center support and with the invitation to be artist in residence at Albert University, NY. All of them with Benton C Bainbridge. She also was invited by The Point Community Corporation Development to share her videos with skaters from La Plata, Buenos Aires with the South Bronx Community.

She had two writings published one about the Phenomenon of the Double and the other about the Relevance of the Sense of humor in the practice of the psychoanalysis.

Now she is working in a Documentary about Bill Etra, a pioneer video artist and co-creator of the first analog video synthesizer Rutt-Etra, in collaboration with Benton C Bainbridge. Both artists are from New York. At the same time she will make a visual installation for Martín Bauer piece ‘La nueva escritura’ which will perform al Clang Cut Book Festival in Kirche St. Elisabeth. Berlin.

In May 2013 she created and directed the Celebration of Teatro Juan de Vera 100 years and the Aniversary of Revolución de Mayo a comission from Cultura Corrientes, Argentina.